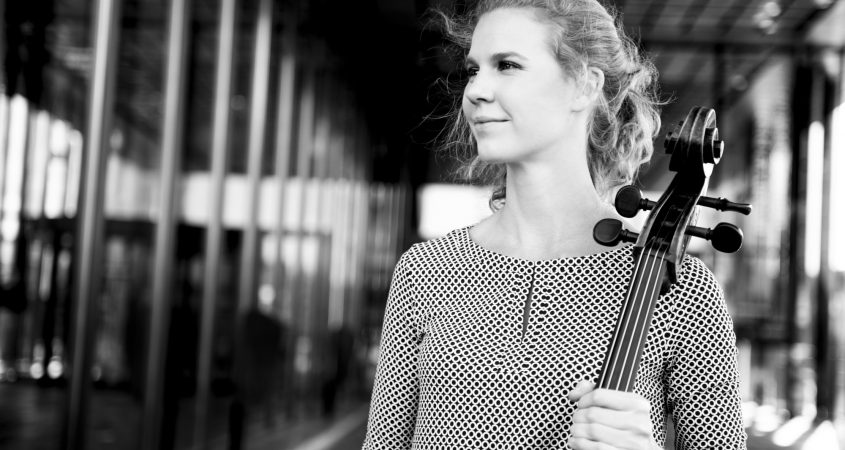 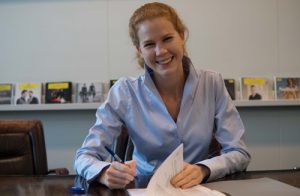 The Dutch cellist Harriet Krijgh (1991) signed a contract with Universal Music this week. Her first album with the label Deutsche Grammophon will be released in the Spring of 2019. Harriet Krijgh is one of the most promising cellists of her generation. With her elegant and expressive play she conquers a growing international audience. Her concerts have brought her to all major concert venues in Europe. Last season she made her debut with the Boston Symphony Orchestra and Andris Nelsons at the Boston Symphony Hall and Carnegie Hall New York.

Since I was a little girl, Deutsche Grammophon means something to me. Listening to classical music was poured into me at home. The yellow label always had something sacred and unattainable for me. The fact that I now have the honor to be a member of this legendary music family as a musician touches me. I greatly look forward to our common future and many beautiful projects.

“We have been following Harriet for some years now and we felt the time had come to enter into a long-term partnership with her. She is a great musician, in the very best classical music tradition. The moment she enters the stage and starts playing, there is pure music .”
Harriet Krijgh

“Harriet Krijgh is the artistic leader of International Chamber Music Festival Utrecht. As successor to the founder of the festival, Janine Jansen, she presented her first festival edition in the summer of 2017. The program of this year was released last week.”
Paul Popma – Head of Classics & Jazz, Universal Music BV

‘Harriet Krijgh, with a whole string of competition triumphs behind her, looks set to become something extraordinary’
– The Strad

– As soon as Krijgh’s bow touches the strings, there is nothing but the pure sound of her cello’
– De Volkskrant

‘Musicality and intelligence are her jet engines’
– NRC Handelsblad

We may request cookies to be set on your device. We use cookies to let us know when you visit our websites, how you interact with us, to enrich your user experience, and to customize your relationship with our website.

Click on the different category headings to find out more. You can also change some of your preferences. Note that blocking some types of cookies may impact your experience on our websites and the services we are able to offer.

These cookies are strictly necessary to provide you with services available through our website and to use some of its features.

Because these cookies are strictly necessary to deliver the website, refuseing them will have impact how our site functions. You always can block or delete cookies by changing your browser settings and force blocking all cookies on this website. But this will always prompt you to accept/refuse cookies when revisiting our site.

We fully respect if you want to refuse cookies but to avoid asking you again and again kindly allow us to store a cookie for that. You are free to opt out any time or opt in for other cookies to get a better experience. If you refuse cookies we will remove all set cookies in our domain.

We provide you with a list of stored cookies on your computer in our domain so you can check what we stored. Due to security reasons we are not able to show or modify cookies from other domains. You can check these in your browser security settings.

We also use different external services like Google Webfonts, Google Maps, and external Video providers. Since these providers may collect personal data like your IP address we allow you to block them here. Please be aware that this might heavily reduce the functionality and appearance of our site. Changes will take effect once you reload the page.